Now for the reality check

We see this stuff all the time, and if we were consulted by the chairperson before this started our advice would have been:

What has been spent? Both parties had senior and junior counsel and lawyers for a three-day hearing. A rule of thumb for barristers is that you should do two days of solid preparation for each day of potential hearing. And that is just the hearing. No doubt there were repeated skirmishes all the way though by the lawyers before the matter got to hearing.

We would be very surprised if the chairperson has not already spent what he ended up winning. If and when we see costs orders we will update you.

And, as always, there is mention of the tenant appealing the decision.

Use the 24-hour rule

When you get something that upsets you, sit on it for 24 hours. By all means, draft a response, but let it sit in drafts. Don’t respond immediately. In almost every circumstance, sitting on it for 24 hours will mean you send something far more considered, if at all.

The tenant’s email here was sent the day after an email from the chairperson, but we would be interested in the time they were sent / received at the tenant’s end. Late night emails after a big work day are usually never good.

Frozen fans know what we mean. For those that don’t, Elsa famously sang, ‘Let it go’.

Does this stuff really matter? The tenant could have responded just to the chairperson (even if they did), with ‘thanks for the advice mate, but no.’ They didn’t need to go as far as they did.

The dreaded cc – and even worse the blind cc

‘But I see no point in copying it to all and sundry – unless you wish me to?’

In very general terms, defamation is largely making statements to others about someone else that are not true. If there was no one else copied in, there could have been no defamation.

What was the correct legal position anyway?

It appears that there was an application made by the body corporate with respect to this in the NCAT, which was resolved at mediation. Queensland is the only state that has a specific body (the Commissioner’s Office) which deals specifically with strata disputes. 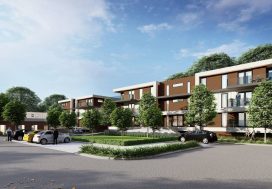